Tiki Black, Suzy Does It and Bowden & Williamson at The Kings Arms 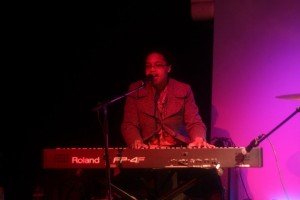 The Kings Arms, Salford, welcomed Bowden and Williamson supported by myself and Suzie Does It and more importantly an amazing audience of blues afficionados that stunned everyone of us with their reverent silence and attention to each performer and genre played to them that night. I opened the show, with some much appreciated setup help from the main band of the night. The difficulties reduced my set to 30 minutes set and 7 songs but I was able to enjoy the remaining bands.

Suzy Does It did not disappointed in spite of the band being short of 2 members on the day. The music was beautiful, unpretentious and easy to the ear. The harmonies were on the ball. Tim and Jo-Suzie served us a beautiful set of own songs (from their released EP) and covers. All I could hear behind me were voices saying “they are really good”. They bloody were.

Listening to Bowden and Williamson feels like being taken a musical journey around Tennessee. There is no denying the blues-flavoured influence but I believe they have concocted their own style with lyrics to match including the ingeniously titled “Jesus walks on water but I crawl on the wine”. A lot of musician craft was on show: I refer you particularly to John (Williamson)’s solos. There was an opportunity to enjoy both their own material and covers such as “I heard it through the grapevine”. The show would have concluded at 11pm if the crowd did not scream for more and more again. That says it all.

By the way, thanks to Jo for uploading some photos of the show.

Get the award-winning debut album now!