New release – The Sound of The Broken Wand: The Poems

Tiki Black releases The Sound Of The Broken Wand: The Poems, a poetry collection (and one essay) to accompany her Second Album

2022 press reel for Tiki Black’s The Sound Of The Broken Wand: The Poems

The year 2022 proves to be a personal best for artist Tiki Black as she bags the Akademia 2022 Outstanding Legacy Award and publishes a well-received companion book of poems for her 2022 acclaimed second album, “The Sound of the Broken Wand”.

⭐⭐⭐⭐⭐
Genuinely full of emotion, truly beautiful, and so meaningful for me“, Daniela Vega, Goodreads

⭐⭐⭐⭐⭐
“Everyone should at least give it a try… Highly recommend” AbbyDA, Barnes & Nobles

Release of the sophomore album

UK/USA (July 7, 2022) – Award-winning musician and author Tiki Black released her acclaimed sophomore album early this year, which is entitled “The Sound Of The Broken Wand.” The record has received critical praise alluding to its timelessness, authenticity and quality. Entropy Mag (USA) underscores its “spellbinding beauty” and “grace.” Liverpool Sound and Vision (UK) calls it “influential,” “charming,” “uplifting,” and “outrageously cool.” Fatea magazine (UK) speaks of a “phenomenal album, full of soulful and haunting melodies that will capture your heart.”

Release of the accompanying poetry book

Her audience gets even more of the concept album as the artist releases a complementing collection of poems and one essay. The book of the same name (with the subtitle “The Poems”) is available on Amazon UK and Amazon USA in paperback and Kindle editions. A limited-edition hardback book including CD can be purchased on Bandcamp. Further encouraging emancipation, the poems explore the underlying themes in folk tales that accompanied our growth or may have accidentally hindered it. 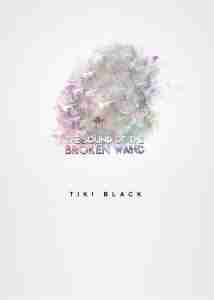 A sophomore album that took its time

This sophomore album follows a critically successful debut album, Out Of The Black. That concept album was deemed a “masterpiece” (YourMusicNews, Canada), and praised for its “impressive music” (FabOn, Japan), “warm, embracing and timeless” sound (Spiral Earth, U.K.), and “gorgeous… truly memorable” songs (The Akademia, USA). It confirms as does her acceptance speech this year, that the songstress insists on putting the time and meraki needed on every one of her musical creations to inspire and empower. The musical energy is encouraging and emancipating. Quality is paramount, and thus shines, unencumbered from the pressures and restrictions of time and trends.

Tiki Black is present on all major social media platforms. Her music is available via all major retailers and streaming services. The musician is currently promoting both her album and book widely. Audiences can find show dates and more information on her website at https://tikiblack.com.

About the author and musician

Tiki Black is an award-winning singer-songwriter and and author praised for her unique vocal and piano performances, her inspiring lyricism and her profound and blended compositions. As an author, she has penned the foreword of a couple of French books, La Sève and Négritudesque, both by multi-award winning poet Glad Amog Lemra. The artist has also released two albums, “Out Of The Black” in 2013 and “The Sound of the Broken Wand” in 2022, accompanied by a book of the same name. She of her songs appear in independent movies, the 2017 short film Silence and the 2019 film Djoli. The artist mainly performs in English but has written songs in French as well as forewords for a couple of French books in the language. She has also been honoured with prestigious awards as a recognition for her inspirational song writing. She is currently promoting her second album while completing the writing of the third.

To find out more, please visit The Sound Of The Broken Wand: The Poems – Landing Page