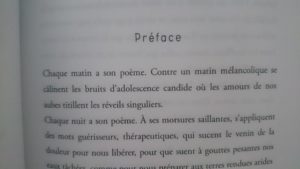 These are the first words in the foreword (préface), I was asked to write for the book by multi-award winning filmmaker and poet Glad Amog Lemra. The book is entitled ‘La sève’, litterally the sap and is set to come out in France at the ‘Editions Langlois” on the 4th of November 2016.

How exciting it has been for me to be part of the birth of such an opus, to be asked to witness its delivery and participate in it by, in effect, introducing it right in the ink. I cannot deny the initimidating task of digging into my poetic prose in a language in which I have not rhymed consistently for decades. Yet and as for any language, if you know the feeling you have, the words that can be used, the style and tone you want to express to convey those, then a lot of the work is done. Add to that the incentive and motivation of a job well done, a subject whose depth and relatability stirs you to your core, and the plume will be kindled to move on its own accord. 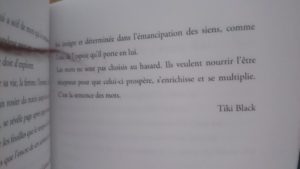 So there it is coming out, all in print, not a mere Word processed document that could easily just be overtaken by day to day priorities, lost on the drive of a pen kind, or worse deleted out of resignation and surrender to the more ‘pressing’ demands on our time. The creative being in us could have been so easily ignored. Yet when we push, like some working long hours in practical jobs to afford the whims of our creative requirements and quench their thirst, this is what happens: “a poem comes out of the shadow” as I relate in this foreword. Well done to Glad Amog Lemra for digging once more in his inner well to sate the minds and hearts on a profound and emotional quest. 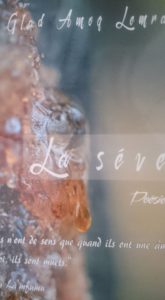 It has been an honour to partake in the works of a man who takes his subject seriously but without lacking humour or style. It would be quite an encounter for the English speaking audience to meet the writings of Glad Amog Lemra and this is certainly a project that I would encourage and support.

La Sève Available from the 4th of November at Editions Cecile Langlois http://editionslangloiscecile.fr/

La Sève is the second poetry book by Glad Amog Lemra. The first one is L’Oreiller des Lamentations (2015, literally the pillow of laments). The author also co-wrote an hommage to the celebrated musician that is Franklin Boukaka called “Franklin l’insoumis”.  He is also the filmmaker responsible for the 2016 short “Silence” which includes the Out Of The Black album song “Silence No More”. Other movies he has made include “Entre le marteau et l’enclume” (Between a rock and a hard place). More can be found on Glad Amog Lemra here.